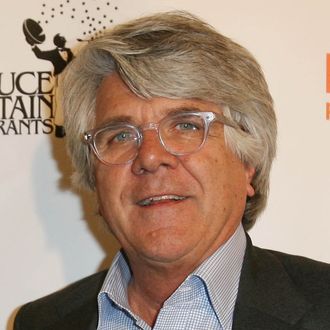 Following allegations of institutional racism from former performers, CEO Andrew Alexander has stepped down from Chicago’s Second City and acknowledged that he failed to address the improv theater’s racist culture under his tenure. “The Second City cannot begin to call itself anti-racist. That is one of the great failures of my life,” Alexander said in an lengthy letter posted to the organization’s website on Friday.

“As a theater producer, I like to think I have good instincts, not just commercially, but also as it relates to what is right,” the SCTV producer wrote. “As an administrator, I have not always had good instincts. While diversifying the theater artistically, I failed to create an anti-racist environment wherein artists of color might thrive. I am so deeply and inexpressibly sorry.”

On May 31, Second City tweeted a pro-Black Lives Matter message in support of this week’s ongoing protests against police brutality, a sentiment former black performers like comedian Dewayne Perkins responded to with some surprise, considering their own experiences at the theater.

Other performers of color described similar experiences on Twitter, including Space Force writer Aasia LaShay Bullock, who tweeted about the theater’s alleged failure to address her assault by a white actor, pressuring her to perform alongside him until she was forced to quit.

In his exit post, Alexander claims he will divest himself from the organization entirely and that a BIPOC Executive Producer would replace him. “If you want to know what the institution of The Second City stands for, come see a show,” he concludes. “No matter what happens from here, that will be the truth. I am sorry for my many failures as the steward of an important cultural institution. Black stories and black artists matter. Black lives do matter.”

The End of Racism? | AMERICAN HERITAGE

Read more about "The End of Racism? | AMERICAN HERITAGE"